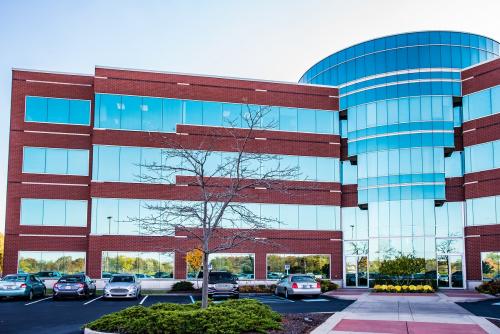 A pair of office buildings near the Allisonville Road-Interstate 465 interchange changed hands last month for $17 million.

The four-story buildings sit at 8470 and 8520 Allison Pointe Blvd., respectively, southwest of Allisonville Road's intersection with I-465 and between the Lake Clearwater and Castleton areas.

The buildings were sold by USAA Real Estate, which was represented by JLL Indianapolis brokers Jim Postweiler, Peter Harwood and Derek Fohl, with market assistance by JLL's Kevin Gilihan.

USAA Real Estate bought the property in 2014 for just under $17.4 million, according to state and county property records, and then put money into updating the properties.

Harwood said in a press release the buildings have seen "superior leasing activity" in the past 18 months.

"We have seen Lake Pointe Center go through some exciting changes that have really enhanced and transformed the tenant experience, and we felt strongly that this was an excellent opportunity to acquire an exceptional, institutional quality building," he said in a media release.

Each building features a refreshed, two-story lobby, as well as a conference center and locker rooms. A recently renovated fitness center also is available.

The acquisition of the buildings marks M& J Wilkow's second in Indianapolis this year, following the purchase of two office buildings along North Meridian Street in Carmel. The buildings at Meridian Plaza sold for more than $30 million.

M & J Wilkow has a portfolio of more than 40 office and retail properties valued at more than $1.7 billion and totaling more than 9 million square feet.